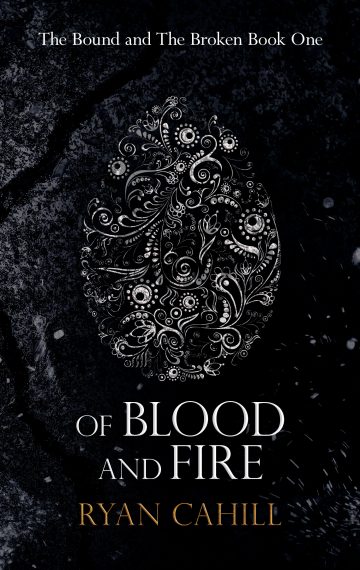 Born in fire. Tempered in blood.

Epheria is a land divided by war and mistrust. The High Lords of the south squabble and fight, only kept in check by the Dragonguard, traitors of a time long past, who serve the empire of the North.

In the remote villages of southern Epheria, still reeling from the tragic loss of his brother, Calen Bryer prepares for The Proving—a test of courage and skill that not all survive.

But when three strangers arrive in the village of Milltown, with a secret they are willing to die for, Calen’s world is ripped from under him and he is thrust headfirst into a war that has been raging for centuries.

There is no prophecy. His coming was not foretold.

He bleeds like any man, and bleed he will.

Part I: The Archon

Alvira Serris is the Archon of the Draleid—a faction of warriors bonded to mighty dragons. As part of The Order, the Draleid have watched over the continent of Epheria for thousands of years.

But there are those who believe The Order has had its day. That it is corrupt, indulgent, and deceitful—that it is ready to fall.

The city of Ilnaen is on fire. Dragons fill the skies. Traitors fill the streets.

Brother-Captain Kallinvar is the leader of the Second. One of ten chapters that make up the Knights of Achyron, a holy order that fight in the name of the warrior god.

Darkness has enveloped the city of Ilnaen, and it is the Knights sworn duty to hold back the tide of the shadow.

Pain is the path to strength.

The Fall is a series of short stories, that act as a prequel to Of Blood and Fire—book one in The Bound and The Broken series.